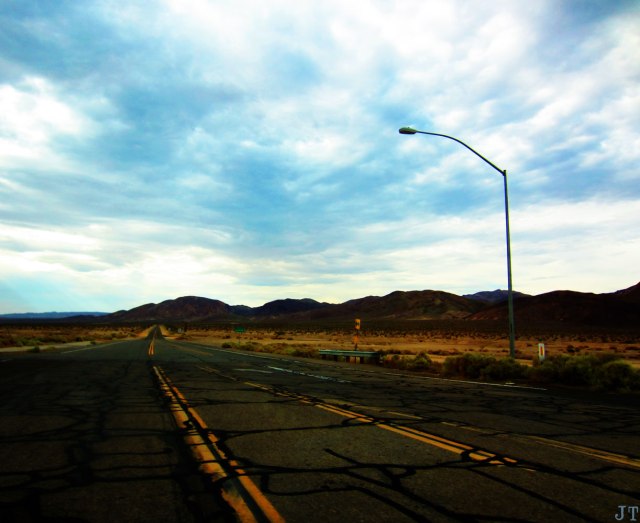 “Are you ready to find out the truth?” a man’s voice whispered.

Lila whirled around, binoculars held like a club in her hand.

Ian moved quickly to locate the source of the voice and after a brief struggle put the stranger into a chokehold. The man thrashed about and then went limp.

Lila fumbled in her handbag, pulling out the small LED flashlight she kept in there. Flipping it on, she shone it in Ian’s general direction.

Ian winced. “A little lower with the light, please.”

She dropped the angle of the flashlight and peered at the man being held by Ian.

“Mitchell,” she whispered. “You got here fast.”

“As did you,” Mitchell said quietly. “If you look up, you’ll see a plane approaching the airstrip over there.” He inclined his head toward the area south of the towers.

They glanced up in the darkening sky and saw a small airplane approaching. It came in quickly for a landing while they watched.

“If you’ll release me?” Mitchell addressed Ian, who still maintained his hold.

Ian stepped back, allowing him his freedom. Mitchell nodded toward the plane. “You’ll want to see this.” He motioned to the binoculars Lila clutched in her hand. Lila immediately put them up to her eyes.

In the gathering dusk, she could make out two men unloading what seemed to be a heavy box. They struggled to carry it over to a 4-wheeler that looked more like a golf cart with seating and a roof for shade. Task accomplished, one of the men returned to the plane with its engine still running and prepared to take off, while the other man drove away on a dusty track toward the towers.

Lila quickly passed the binoculars to Ian. He sized up the situation and turned to Mitchell. “Drugs? Weapons?”

“Anything can be a weapon depending on how it’s used,” Mitchell replied cagily.

“A drone; competition to the one that you saw recently. This one has the capability to direct a high-energy laser beam at an identified target. Before this, you needed a turret-sized mechanism to deliver the hit.”

“Is that what was used at the exhibition that killed Regelmeister?” Lila inquired.

“Yes, it had a self destruct function activated. Costly to lose the equipment, but with the bounty earned from a targeted hit and the opportunity for a public test trial of the equipment, well worth it.”

“Not a nearly invisible pinpoint of light.” Mitchell continued, “Drones will soon be ubiquitous in our environment. No one will question seeing a police drone or military drone overhead for surveillance in almost any city. Now, with the proven ability to target with great accuracy, there’s a lot more at stake. For instance,” he paused, “who owns the technology?” Ian and Lila raced from the exhibit hall to try to catch up with Mitchell. He was nowhere to be seen.

“I’d like to know exactly what he meant by three towers,” Lila said thoughtfully as they walked slowly toward their car. As they got closer to it, she saw a white piece of paper underneath the driver side wiper blade. Leaning over, she lifted the wiper blade and pulled the paper from beneath it.

Smoothing the paper flat against the side of the car, she studied a simple hand drawn map in black ink with two lines indicating what appeared to be a road, a dividing line with CA / NV written on either side of it, and three towers off to the side of the road. There was a small compass in the right corner of the paper that indicated the towers were on the north side of the road.

Lila wore a puzzled expression as she tapped the paper a couple of times before turning to Ian. “You know where this is, don’t you?”

“Not really. I mean, I can tell that it’s close to the California-Nevada border, but aside from that…” Ian’s voice trailed off and he shrugged.

“It’s in the Mohave Desert next to the interstate. I see it every time I’m driving to Vegas,” Lila said with conviction.

“You’re sure you can find it?” Ian looked at her skeptically.

“Absolutely. You’ll know it when you see it,” she said confidently.

Clutching the map, Lila hopped in the passenger side and looked up at Ian expectantly. “Let’s go!”

Twilight was falling over the desert when less than three hours later Ian pulled onto the shoulder of northbound I-15.

Lila pointed to the other side of the freeway at the three glowing towers. “There they are,” she said triumphantly.

She passed it over to him.

“It fits,” he agreed, and gave the map back to her.

Easing back onto the road, he continued until they reached the exit for the tiny town of Primm situated near the Nevada border. He took the exit and drove across the road to the southbound on-ramp for I-15 where he merged back onto the interstate.

As they closed in on the area near the three towers, Ian pulled as far off the road as possible.

Ian nodded, all his attention focused on the three towers. “Can you get the binoculars from under the seat?” he asked Lila quietly.

She reached under the seat and grabbed the digital camera binoculars.

Ian reached up to turn off the dome light so that they wouldn’t be illuminated as they opened the car doors. As they exited the car and began walking toward the towers, they heard a voice behind them.

Grab a moment to enjoy a treat.

Things have been incredibly busy, and time just seems to slide past. Ian and Lila’s work continues to hit critical levels for things having to be done. Sleep is greatly to be desired, but things need to happen. Lila will finish up the final part of her project today, while Ian has work and meetings.